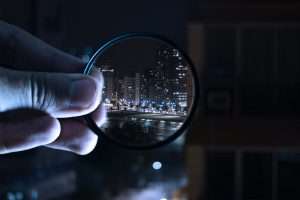 Often, teams are supposed to be empowered to achieve a certain outcome. This is then shown ion communication as well as how organizations want their teams to achieve. However, it is often considered, by putting the team on the spot and requesting the empowerment, would be enough. But it is rarely the way we communicate that shaped the collaboration and outcome of the team, but rather the way of what we expect from our team. Unfortunately, we believe, that through soft skills and communication, we empower the team.

In the end, it is the guidelines on how we want our team to achieve a certain goal and how we measure the performance of the team. Organizations based on traditional Taylorism-management style focus on creating as much output as possible. For example, an organization may set a goal to achieve a certain output, then individual's performances would be measured against the set goal. This is where traditionally the yearly goals and individual performance evaluation programs come into place.

In a world which becomes more complex daily, certain output base don goals might not necessarily lead to higher outcome and valuation in the company. Teams and organizations need to understand the difference between output and outcome. The more complex the environment, the less we can plan and the less it makes sense to evaluate performance based on goals. Teams, where creativity and innovation is needed (for example Software, Marketing, HR, Sales, RnD) have to understand, what outcome means and should evaluate their performance not on simple numbers, but rather on higher value for the organization. Output is something easily to measure, as we just need to achieve a certain number. Outcome is much harder to measure, so often teams are not even trying to look for outcome goals.

When we are looking at outcome as the team's focus, it is easy to go overboard on all work activities or ideas on certain projects and initiatives. Sometimes, the Management, leadership or the organization as a whole is requesting much more than what is possible to achieve for them. Teams need to learn to say no - so they can focus and deliver better quality, rather than accepting everything because the organization is requesting it. This "art of saying no" makes teams uncomfortable and naturally, we are not used to it. Therefore, there is a hesitation of teams to say no. Also, often leaders are discouraging their team members to say no, as they do have troubles to communicate that to the higher ups themselves. Leadership needs to change on the one hand, but also, teams need to understand, that there is an art to saying no: By saying no without using the word "No".

Besides understanding outcome as a focus and being able to say no, our idea of planning and scheduling would need to change. The more complex, innovative and creative our work is, the harder it is for teams to predict the outcome of what they want to achieve. Therefore, setting hard deadlines with a clear scope at a fixed time with a fixed team (regardless of being set by the team or by the management / formal leadership) does not work. Setting such hard timelines will only result in the team to cut corners to achieve that planned outcome. This rarely results in the quality an organization wants or needs. If being in creative, innovative and complex teams, it is important to manage (and ideally have teams-managed) constraints, but leave important variables open. In traditional project management, for example, teams would decide on a certain scope and then have the team estimate on how long it would need to deliver that requested scope to the teams. As it is complex work, the estimation can only be understood as a guess; therefore in the end leading to missing that date. This is especially the case, when management was pushing for a faster date, as the team was initially planning to. In complex environments, timeline estimations rarely work.

Based on how modern software tools, such as the MS Office Suite, are developed, a mindset change on how we plan and schedule our work needs to come into place. Instead of deciding the scope on what we want to achieve and then try to put a deadline on it on top, teams should rather focus on a given timebox, which they can have under their control. They might say, we should have a working delivery (with high quality) every 2 weeks. How that delivery might look like, is not preplanned weeks ahead, but rather just in time for the 2-week cycle. With this flexible scope, teams have then the possibility to keep the environment of that 2 weeks under control and ensure, that the idea on what they want to deliver will then also be delivered. Naturally, the way they look at this timebox is not a deadline (a fixed timeline with a foxed scope) anymore, but rather a container, which they can fill with their activities until the container is full.

Get in touch with us